Showing posts from May, 2019
Show All

LOCAL GOVT AUDIT COMMITTEE WAS SET UP TO FAST TRACK DEVELOPMENT IN OUR LGAs : BANIGO 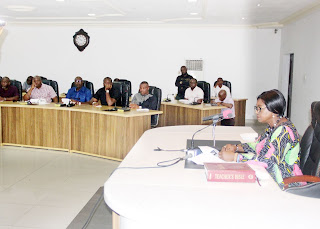 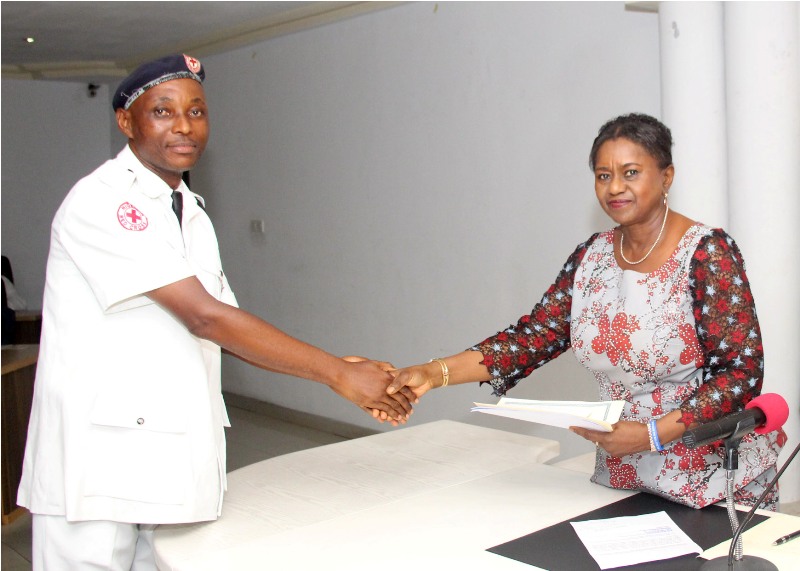 Rivers State Deputy Governor, Dr. (Mrs) Ipalibo Harry Banigo has commended the Port Harcourt Division of the Nigerian Red Cross Society for adding value to health Services in the State. Dr. Banigo made this commendation while playing host to a delegation of the Port Harcourt Division of the Nigerian Red Cross Society at the Government House in Port Harcourt, on Monday 27 th  May, 2019. The Deputy Governor expressed delight with the efforts of the Red Cross especially in the provision of blood for people who need blood donation in our various institutions, stressing that the Rivers State Government under the watch of Governor, Nyesom Ezenwo Wike would continue to support the Red Cross as much as possible. “We will serve as an advocacy voice for you to see that we have our humanitarian NGOs especially the Red Cross in the various schools as it used to be before, so that we can encourage our young ones to learn the attitude of volunteerism at a very early age” Dr. Banigo  fur
Post a comment
Reactions:
Read more

OUT OF YOUR PAIN COMES YOUR PURPOSE 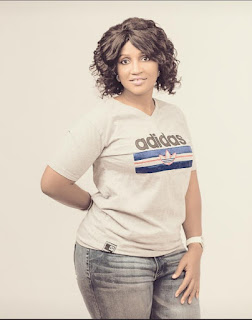 Pains, difficulties and challenges are things no one wants to go through yet they are inevitable in life and very vital for our growth, well being as well as help birth our purpose in life. One may ask, what is Purpose? Your purpose in life has to do with that which God has created and designed you for and to fulfill here on earth. Until you have carried out your purpose in life, you can't be termed successful neither will you be fulfilled. So many people equate success to material gains but that is far from it. Paraphrasing the words of late Myles Monroe, your success lies in the successful completion of your God given purpose here on earth. I guess discussing on purpose will be for another day. Now unto the essence of today's discuss which is how our purpose in life in most cases comes through/from the pains we experience in life. Joseph's purpose in life came through after he was imprisoned for 13 years. During those years of pains and trials, God was molding and fi
Post a comment
Reactions:
Read more

BANIGO FELICITATES WITH HON JUSTICE WIKE ON HER BIRTHDAY 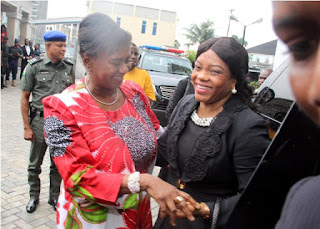 Rivers State Deputy Governor, Dr. (Mrs) Ipalibo Harry Banigo has felicitated with Hon. Justice Eberechi Suzzette Nyesom Wike, wife of the State Chief Executive, Nyesom Ezenwo Wike as she celebrates her birthday on Friday, 24 th  May 2019. In a statement from the Government House in Port Harcourt Dr. Banigo described Justice Wike as an epitome of grace and godliness who have used her position to bless all those who have had the privilege of coming in contact with her. According to the Deputy Governor, Hon. Justice Wike as the  Mother of the State has continued to be a strong pillar of support to the Governor as he carries out the onerous task of leading Rivers State to the Promise Land. She prayed the Almighty God to continue to bless, guide and protect the Wife of the Governor.
Post a comment
Reactions:
Read more 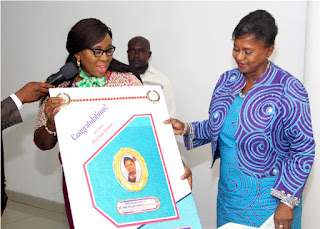 Rivers State Deputy Governor Dr. (Mrs) Ipalibo Harry Banigo has urged doctors to continue to work closely with the State Government in the quest to improve the health status of the Rivers People. Rivers State Deputy Governor, Dr. (Mrs.) Ipalibo Harry Banigo (Right) receiving a congratulatory card from the Chairman, Nigerian Medical Association (NMA) Rivers, Dr. Obelebra Adebiyi during a Congratulatory Visit at Government House, Port Harcourt on 21 st  May 2019. Dr. Banigo stated this during a congratulatory visit to her by the Rivers State Branch of the Nigerian Medical Association (NMA) at the Government House in Port Harcourt on Tuesday, 21st May 2019. According to Dr. Banigo, doctors are bounded by ethics no matter their disciple, noting that they must continue to work by those ethics to enable the Rivers People receive the best health services. She said the State Chief Executive Nyesom Ezenwo Wike had provided the enabling environment to bring out the best in our
Post a comment
Reactions:
Read more 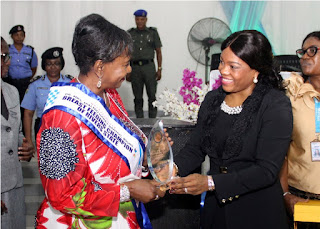 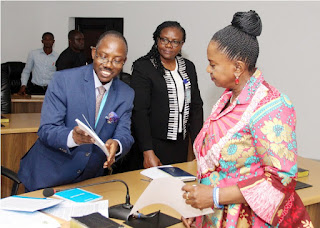 Rivers State Deputy Governor Dr. (Mrs) Ipalibo Harry Banigo has applauded the leadership of Governor Nyesom Ezenwo Wike in the area of health and development of the State. Dr. Banigo stated this during an Advocacy visit to her by the UNICEF TEAM at the Government House in Port Harcourt on Thursday 16 th  May 2019. According to the Deputy Governor when it comes to issues that concerns the health of women and children, our nutritional goals and generally how this plays out in improving the GDP of Rivers State Governor Wike’s  leadership, commitment and dedication is unparalleled. Dr. Banigo further stressed that the Governor’s dogged leadership has led to tremendous improvements in nutrition, water, sanitation and immunization between 2016   and 2018   in the face of recession because he believes the Rivers People should have the best. Dr. Banigo also commended Hon. Justice Eberechi Suzzette Nyesom Wike, Wife of the Governor of Rivers State for the Lead Role she h
Post a comment
Reactions:
Read more

WHY THE SUICIDAL THOUGHTS? 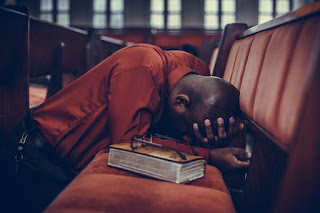 The rate at which people especially young ones commit suicide is becoming alarming. In Africa, especially in Nigeria, it was a very rare occurrence and a thing to be unheard of but not so anymore. It is now a great concern to everyone and the society at large. Some commit suicide due to failed relationships, some do it as a result of failures in other areas of their lives like failing in an exam, business failures and so on while some die of depression of some sort or the other. The reason for these suicides might seem nothing of significance to those of us who are stronger but it is of great importance to those who have even have the thought of it, how much more those who actually carried out the act. Reasons behind every pain or depression we go through as individuals varies from one person to another and are unique to each and everyone of us. How we cope with such pains differs from one person to another so never compare your strength with that of another going through such moments
Post a comment
Reactions:
Read more 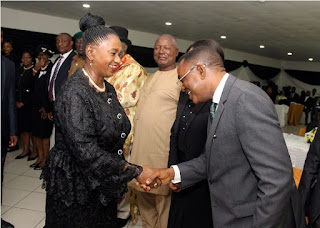 The Rivers State Government says it is resolute in fighting crime and those behind them head on. The State Chief Executive Nyesom Ezenwo Wike stated this while inaugurating the Rivers State Justice Sector Reform Team at the NBA House in Port Harcourt on Tuesday, 14 th  May, 2019. Rivers State Deputy Governor, Dr. (Mrs.) Ipalibo Harry Banigo (Left) in a handshake with the State Attorney General and Commissioner for Justice, Barr . Zaccheaus Adangor during the Inauguration of the State Justice Sector Reform Team at the NBA Secretariat, Port Harcourt. With them are some members of the Team. Represented by his Deputy Dr. (Mrs) Ipalibo Harry Banigo, Governor Wike said the inauguration of the Justice Sector Reform Team is in tandem with the resolution of the State Government to bring to the barest minimum all forms of criminality in the State. According to him Government has been consulting with the different sectors of justice administration in the state, noting that
Post a comment
Reactions:
Read more 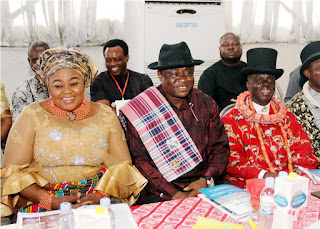 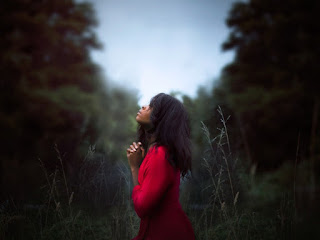 So many people talk about faith but seldom talk about patience not realizing that these two interact with each other. We often express our faith concerning an issue or a dream without considering the act of  patience towards reaching that dream. When Faith is preached in churches or in other gatherings, the atmosphere is usually charged up with positive mentality and then everyone gets ready to conquer the world and every opposition that sets in but then reality sets in  as we face challenges with doubts, fears and insecurities in us not realizing faith needs a handle to be properly effective and that handle is called patience. Faith without patience makes people start off good but burnout over time while patience without faith only makes one to constantly suffer for no reason and without the power to change their situation. Faith can't really work without patience. If we must have faith concerning a thing that we so desire, then we must have patience to see this come to pass. You
Post a comment
Reactions:
Read more 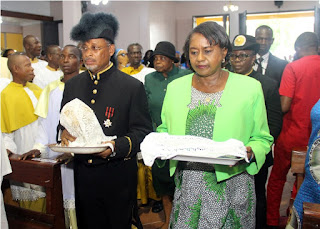 The Rivers State Government says the Partnership between the Government and the Church would be deeper as it gears up for its second tenure. Rivers State Deputy Governor, Dr. (Mrs.) Ipalibo Harry Banigo flanked by the Former Governor, Sir Celestine Omehia during the Liturgical Rite of Episcopal Consecration of    the Auxiliary Bishop of Port Harcourt Diocese, Rt. Rev. MSGR. Patrick Eluke at Corpus Et Sanguis Christi Cathedral, D/Line, Port Harcourt on 9 th May 2019. The State Chief Executive Nyesom Ezenwo Wike stated this during the Episcopal Consecration of Rt. Rev. Patrick Eluke as Auxiliary Bishop of the Catholic Diocese of Port Harcourt at the Corpus Christi Cathedral in Port Harcourt, on Thursday, 9th May 2019. Represented by his Deputy Dr. (Mrs) Ipalibo Harry Banigo Governor Wike expressed delight that for the first time since the creation of the Port Harcourt Diocese 58 years ago, a worthy son of Rivers State is being ordained as Auxiliary Bishop of
Post a comment
Reactions:
Read more
More posts