Showing posts from August, 2018
Show All

RIVERS STATE GOVERMENT REAFFIRMS ITS COMMITMENT TO THE UNITY OF NIGERIA 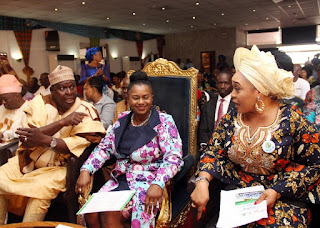 The Rivers State Government has reiterated it’s believed in the unity, peace and development of Nigeria. Governor Wike stated this during the National Technical Committee Meeting of the National Festival of Arts and Culture (NAFEST) at Hotel Presidential in Port Harcourt, on Tuesday 28 th  August, 2018. Governor Wike who spoke through his Deputy, Dr. (Mrs.) Ipalibo Harry Banigo said in the past three years his Administration had focused on the provision of top notch infrastructure, like roads , bridges,  education, health, culture and tourism all aimed at making Port Harcourt a centre of Tourism  in Nigeria. He said his Administration takes security as a topmost priority, which informed its decision to support all the Federal Security Agencies with the necessary logistics to enable them function maximally, but expressed displeasure that during the Port Harcourt   Constituency 111, State Assembly Bye Election, Security Agencies aided and abetted the disenfranchisement o
Post a comment
Reactions:
Read more

LET THE PEOPLE’s WILL PREVAIL DURING ELECTIONS - Wike 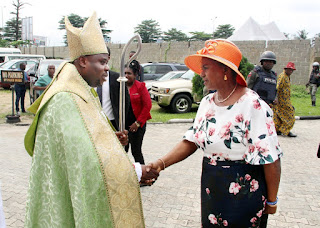 The Rivers State Government has called on the Church, NGOs, Civil Society International Observers and Embassies to lend a voice and ask the Federal Government and Security Agencies to allow the will of the Rivers People prevail in elections. Governor Wike stated this during the Ceremonial Enthronement of Rt, Rev. Wisdom Budu Ihunwo, Bishop of the Diocese of Niger Delta North at the Cathedral Church of St Paul in Port Harcourt, on Friday 24 th  August, 2018. Represented by his Deputy, Dr. (Mrs) Ipalibo Harry Banigo Governor Wike said Rivers State is a very peaceful State and would continue to remain peaceful but regretted that during the Port Harcourt Constituency 111, State Assembly Bye Election, Security Agents hired by the Federal Government unleashed mayhem in an attempt to subvert the will of the People. According to Governor Wike the State Government will continue to partner with the Church to ensure that our people are well educated, noting that in 2016 the State
Post a comment
Reactions:
Read more

WE ARE KEEN TO DEVELOP ENTERPRISES : BANIGO 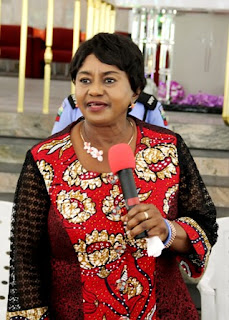 Rivers State Deputy Governor Dr. Mrs. Ipalibo Harry Banigo says the State Government has a keen interest in the development of Micro, Small and Medium Enterprises (MSME) in the State. Dr. Banigo stated this in her keynote address at the Annual Free Skills Acquisition Programme organized by the Redemption Ministries, Eastern By-Pass in Port Harcourt, on Monday, 20 th   August, 2018. According to Dr. Banigo Micro Small and Medium Enterprises is a sure way to go in the quest to increase the Gross Domestic Product of a country, noting that 99.5% of businesses in Germany fall under this category. She said as part of deliberate efforts to aid Micro, Small and Medium Enterprises, the State Chief Executive, Nyesom Ezenwo Wike inaugurated the Micro Finance Agency and released 2 Billion to reach out and develop these enterprises.   Dr. Banigo further disclosed that there is also a N200 Million Monthly Revolving Loan to encourage young entrepreneurs in the State and urged
4 comments
Reactions:
Read more 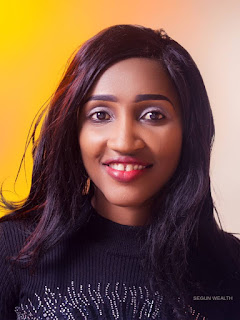 Rejection is an emotional trauma that we all go through at some point in our lives one way or the other. Rejection when it happens, leaves us dejected and emotionally drains us making us to want to give up in life or in what ever dream we ever had to pursue in life. So many singles have decided not to date again or date the wrong way because they were once rejected. Some people have given up on themselves because they were rejected at an interview or were rejected ( sacked) from their places of work. Some have given up on their dreams because of so many failed attempts to achieve their dreams. Some people have given up offering solutions to situations at work as a result of rejection making them feel like their opinions  do not count and left intimidated. How you see rejection depends on you. You can either see it as a curse or a blessing. When rejected by a group of people, a person, company or your work place, then know you don't belong there and don't need to
Post a comment
Reactions:
Read more 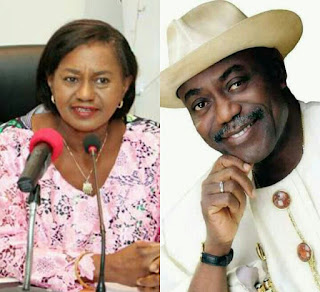 Rivers State Deputy Governor Dr. (Mrs) Ipalibo Harry Banigo has joined other people of good will across the world to felicitate with Sir Dr. Peter Odili the former Governor of Rivers State, as he celebrates his 70 th  Birthday on Wednesday 15 th  August 2017. In a statement from the Government House in Port Harcourt Dr. Banigo said Sir Dr. Peter Odili demonstrated an all-inclusive leadership style during his tenure as Governor which positively impacted not only  the lives of the Rivers People but other Nigerians alike without prejudice. She described former Governor Odili as a statesman and the father of democracy in Rivers State, who used his position to mentor a new generation of leaders like Governor Nyesom Ezenwo Wike to fast track the development of our dear State. Dr. Banigo who wished him many happy returns prayed the Almighty God to continue to bless and keep him in good health.
Post a comment
Reactions:
Read more 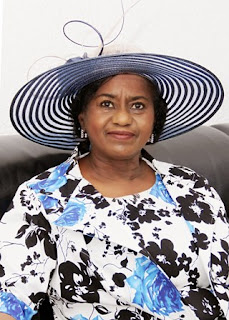 Rivers State Deputy Governor Dr. (Mrs) Ipalibo Harry Banigo has urged Young Girls to speak the word of God at every given opportunity. Dr. Banigo stated this while speaking at the 2018 edition of the “Just Girls Talk” organized by the Mountain of Fire and Miracles Ministries Regional Headquarters in Rumuola, Port Harcourt on Saturday, 11th August 2018. According to her God expects them to speak his word, testify and evangelize because, the Power of life and death is in the tongue, stressing that when you speak the word of God into the life of another person you would reap a bountiful harvest. The Deputy Governor, who expressed the need for young women to be excellent in their speech and thoughts, disclosed that words are seeds which must align with the word of God to produce positive results. “When you speak negative things you are sowing negativity into your own life because the Bible says we shall reap what we sow, we should   rather sow words that are edif
Post a comment
Reactions:
Read more

APPRECIATE EACH PHASE OF YOUR LIFE : LIFE IS IN CHAPTERS 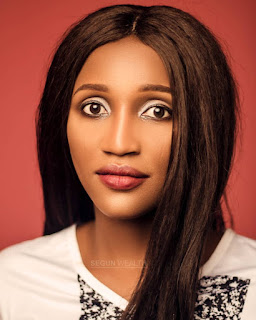 Have you ever found yourself wishing you were in a stage higher and far better than where you are at the moment? Wishing the future you imagine is now? The answer is yes I guess. We all do this, wishing we were in another place, achieved this or that, be married if single, wishing we were doing a job other than the one we are doing at the moment and so on. We always want to wish away the present moment and live in our fantasies in which we see and wish we were happier, more successful, things get better, easier and less stressful. We most times defer our happiness for today in view of the happiness for tomorrow. We want to wait for a certain time in our lives before we can be happy in the fullest form of it forgetting life can still be fun at every stage of our lives despite the challenges that accompany each stage. For instance, we want to wait till it's Christmas before we eat a special meal, the single lady wants to wait till a guy takes her out before she gives herself a
Post a comment
Reactions:
Read more 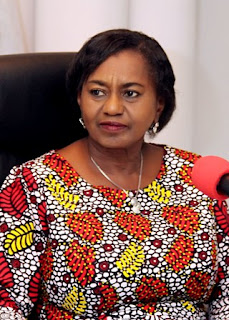 Rivers State Deputy Governor Dr. (Mrs) Ipalibo Harry Banigo has called on Rivers Youths to strive for excellence and a passion to make a difference in the Society. Dr. Banigo stated this during a  “Meet the Leader Session”  with the Deputy Governor organized by Global Shapers Community Port Harcourt, as part of activities to commemorate the 2018 United Nations International Youth Day at the Government House in Port Harcourt, on Friday 10 th  August, 2018. Dr. Banigo expressed delight that the Global Shapers Community, Port Harcourt whom she described as very talented youths have decided not to hide their talents but are using it  for the betterment of the society. The Deputy Governor who described the State Chief Executive, Nyesom Ezenwo Wike  as a youth friendly Governor said  “when we see you like this we are happy and whatever we  can do to encourage you to fulfil your God given destinies will be done”. She congratulated all the young people in the State
Post a comment
Reactions:
Read more
- August 06, 2018 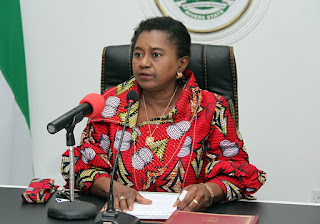 Rivers State Deputy Governor Dr. (Mrs) Ipalibo Harry Banigo says the sacrifice made by the Late Joseph Blankson will forever be remembered in the annals of our history. Rivers State Deputy Governor Dr. (Mrs) Ipalibo Harry Banigo Dr. Banigo stated this during a condolence visit to Joseph Blankson’s widow at Woji Town in Port Harcourt on Monday, 6 th  August 2018. Represented by her Senior Special Assistant Mrs. Inegogo Fubara Dr. Banigo  said as a woman and a mother she understands that Mrs. Blankson was going through a very difficult situation, noting that it was  very sad that the young  man died in the process of saving other people’s lives and left behind a wife and two children. Senior Special Assistant to the Rivers State Deputy Governor, Inegogo Fubara (Right) consoling Mrs. Mercy Blankson the Wife of Late Mr. Joseph Blankson during a Condolence Visit to the bereaved Family on behalf of the Deputy Governor on 6 th  August 2018.
Post a comment
Reactions:
Read more
More posts