Showing posts from January, 2018
Show All

PURPORTED SAVE THE OFFICE OF THE DEPUTY GOVERNOR’S WRITE UP: IS A FAILED BID TO CAUSE DISAFFECTION BETWEEN GOVERNOR WIKE AND HIS DEPUTY 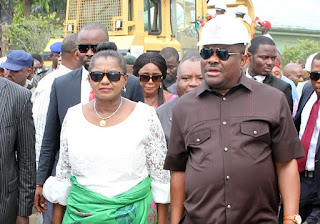 Our first reaction is to dismiss this write up with a wave of the hand since it has no iota of truth in it, but on a second thought keeping silent would mean an acceptance of this blatant lie.
We wish to state categorically that the Deputy Governor, Dr. (Mrs) Ipalibo Harry Banigo and the State Chief Executive, Nyesom Ezenwo Wike enjoy a very cordial relationship and the Governor has never in any disguise oppressed the Deputy Governor or undermined her Office.
The Constitution of the Federal Republic of Nigeria has marshalled out the duties of the Vice President and the Deputy Governors of the 36 States and these roles are being played by Dr. Banigo without hindrance.
Insinuations that she is a victim of hig…
Post a comment
Reactions:
Read more

WIKE IS AN ASTUTE STATESMAN - BANIGO 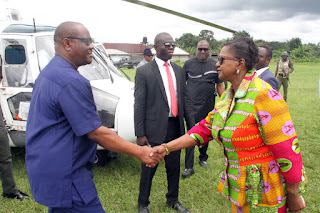 The Deputy Governor of Rivers State, Dr. (Mrs) Ipalibo Harry Banigo says the State Chief Executive Nyesom Ezenwo Wike is an astute and sagacious statesman whose commitment to the unity and progress of Nigeria is unequivocal.


Dr. Banigo made this known in a statement from the Government House in Port Harcourt in reaction to the Governor’s hosting of the 9th General Assembly of the National Council of Traditional Rulers of Nigeria.
Dr. Banigo said
“Governor Wike has continued to demonstrate an extra ordinary prowess in his inter personal human relationship with people from diverse socio cultural, political, religious and economic divide in the Country which has made him one of the greatest exponents of a unified Nigeria”.
According to the Deputy Governor,
“the hosting of various national and international events in the State and the winning of national and international laurels across the globe stands Governor Wike out as an astute and sagacious statesman”.

WE ARE COMMITTED TO A LASTING PEACE AND DEVELOPMENT - Banig 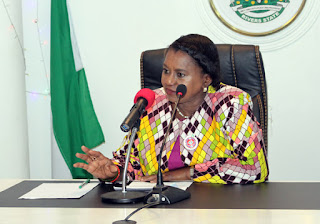 The Rivers State Government has reassured the Rivers People of its commitment to ensure a lasting peace and development in all communities in the State.

Rivers Deputy Governor Dr. (Mrs) Ipalibo Harry Banigo stated this during the presentation of the Report of Conflict Resolution Committee on Bukuma/Tombia Boundary Dispute, in Degema Local Government Area at the Government House in Port Harcourt.
Dr. Banigo said as a result of the intervention of the Rivers State Boundary Commission cases of violence over boundary disputes has reduced significantly within the last two and half years of the Wike led Administration.
“I want to use this opportunity to thank you for your hard work last year and the dividends it has brought to our people; you can see that we have had less communal clashes as a result of boarder issues that we use to hear of and experienced in the State, this is as a result of your commitment and patriotism; we are ready to work with you and our communities to ensure a lasting …
Post a comment
Reactions:
Read more 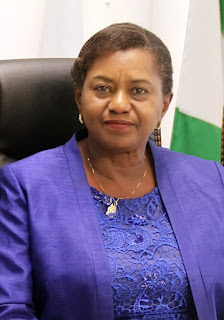 Dr. Banigo stated this in a statement from the Government House in Port Harcourt, preparatory to the forth coming Local Government Councils Elections in the State.

“Governor Wike has stated at various fora that qualified Rivers Women will be encouraged to participate actively to vote and be voted for without prejudice, it now behoves on us women to mobilize ourselves and take advantage of the Governor’s kind gesture by fielding candidates for various positions”.

According to Dr. Banigo all Rivers Women 18 years and above who do not have their permanent voter’s card must ensure they register in the ongoing INEC continuous voter registration exercise to enable them exercise their franchise. 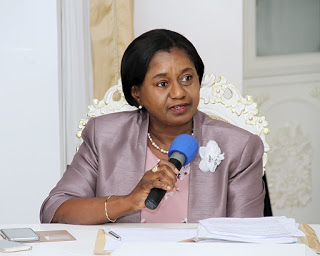 Dr. Banigo stated this in reaction to the reconciliation meeting between the National Working Committee and former members of the breakaway faction of the PDP called the Fresh PDP.
According to the Deputy Governor
“the burying of the hatchet and subsequent declaration of loyalty for the Uche Secondus led National Working Committee of the PDP by the former aggrieved members is an indication that the Peoples Democratic Party is ready to take our dear country out of the doldrums the clue less APC had plunged us into”
She commended Governor Nyesom Ezenwo Wike for his support for Prince Uche Secondus, noting that under the watch of Prince Secondus the PDP will surely coast home to victory in 2019.
Post a comment
Reactions:
Read more 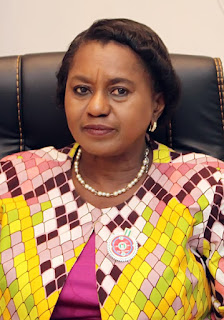 Dr. Banigo made this known during the distribution of the Christmas largesse given to the people of the Local Government Area by Governor Wike at the Degema Consulate.
Represented by the Peoples Democratic Party Women Leader in Delga Hon. Ngo Bob Manuel Dr. Banigo said the Governor had directed that the items should be given to all the people without discrimination, noting that  the sharing will be done at the unit level of all the wards in the L G A.

Dr. Banigo who urged  the people to continue to support Governor Wike to attract more democratic dividends to the area,  advised them to conduct themselves with decorum during the sharing, stressing that this is just a tip of the ice berg  of  better things to come.
In his remarks the Party Chairman, Hon. Tonye Tiger said the State Gover…
Post a comment
Reactions:
Read more 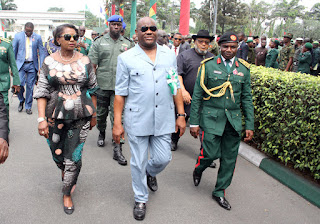 Rivers State Governor, Nyesom Ezenwo Wike has declared that most Nigerians are unhappy with the direction that the country is headed under the APC Federal Government, especially the unending killings and shedding of innocent blood across the country.


He warned that Nigerians must never forget to draw from the trials and experience of the Civil War to avoid making mistakes that will push the country into another civil war.

Speaking during the 2018 Armed Forces Remembrance Day Ceremony in Port Harcourt on Monday, Governor Wike said that President Muhammadu Buhari must take steps to give every section of the country a sense of belonging to entrench peace in the country.

"Mr President must match his commitment not only with responsible actions but also stop the state sanctioned marginalization that is fuelling most of the avoidable crisis in the polity by giving every section of the country a sense of belonging and justice. 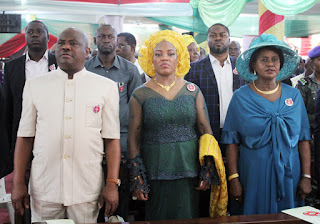 Rivers State Governor, Nyesom Ezenwo Wike has called on Nigerians to always pray for ex-servicemen and serving military personnel for God's protection and blessing as they make sacrifices for the unity of the nation.
Speaking during the Inter-denominational service to mark this year's Armed Forces Remembrance Day at the St Peter's Anglican Church, Rumuepirikom , Governor Wike said that ex-servicemen, serving military personnel and the widows of ex-servicemen deserve better treatment from the country.
He reiterated his call for the Federal Government to set aside funds for the welfare of families of deceased ex-servicemen.

The governor said:
"They defend this country by stopping insurgents from seizing the country. "They deserve the prayers of all Nigerians for the sacrifices they make for the unity of the country . The N5million we give their families at their death is not enough ".
He assured widows of deceased ex-servicemen of the support of the Rivers Sta…
Post a comment
Reactions:
Read more
More posts