Showing posts from July, 2017
Show All 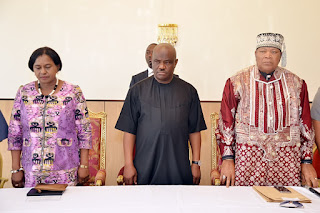 Rivers State Governor, Nyesom Ezenwo Wike has declared that the evidence of corruption against the immediate past Governor of Rivers State, Chibuike Rotimi Amaechi is so overwhelming that the Minister of Transportation admitted to them publicly. Addressing the 106th Quarterly Meeting of the Rivers State Council of Traditional Rulers in Port Harcourt on Monday, Governor Wike said that Amaechi admitted paying $39million for a non-existent Justice Karibi Whyte Mega Specialist Hospital. Rivers State Deputy Governor, Dr(Mrs) Ipalibo Harry Ibanigo   He added that the Former Governor confessed publicly that he sold the State's Gas Turbines, which the immediate past administration diverted the funds. Governor Wike said:  "All the documents that proved Amaechi's corrupt acts are authentic. We never forged documents. The former governor himself admitted that he paid out $39million to Clinotech , without a single block laid anywhere. Is that a document he claims was forged. Where is
Post a comment
Reactions:
Read more

PLAY A SIGNIFICANT ROLE IN THE EMERGENCE OF LEADERS , GOVERNOR WIKE TELLS THE CHURCH, REVOKES NOVOTEL'S CERTIFICATE OF OCCUPANCY

Rivers State Governor, Nyesom Ezenwo Wike has called on the Church in the state to play a significant role in who emerges as a leader in the state. Governor Wike also announced the revocation of the Certificate of occupancy of Novotel , for being the centre of electoral fraud and malpractice. The governor declared that the Church can no longer stand aloof because the rapid development of Rivers State, supercedes all other considerations. Speaking during the the second session of the third synod of Anglican Diocese of Evo on Sunday, Governor Wike pointed out that it is the position of the Church to decide who leads Rivers. He said:  "In Anambra and Imo States, the Catholic Church plays key role on who leads those states. In Rivers State, the Church should rise up and take a position. "If someone comes up tomorrow and has no relationship with the Church, the Church will suffer. Rivers State is a Christian State, the Church must play a role." Speaking on the use of a popula
Post a comment
Reactions:
Read more

WHEN LIFE SLAPS YOU IN THE FACE, SLAP IT BACK BY PRESSING FORWARD WITH A SMILE ON YOUR FACE 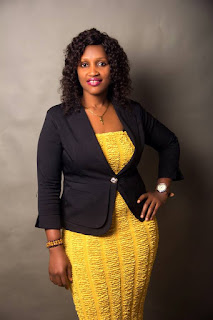 How is life treating you? good or bad? We often here people say life is not treating me fine or it's not fair to me. While some have it good with life some have had it rough. Some people sail smoothly to their destination in life but some find it difficult to do so. Every stage of life comes with its unique challenge but how well you cope with such challenges will determine how you come out of it. As humans, we are never satisfied with the position we are currently in, we always want to move up higher in life which in itself it's nothing bad and in most cases we get fed up with our present position in life due to the so many challenges that come with it. But have it in mind that before you complain of that present position in life be it good or bad, there are so many people hoping to be where you are. Your present job might not be all goodie goodie due to the challenges that come with it but while you complain, have you ever stopped to appreciate God for the oppo
3 comments
Reactions:
Read more 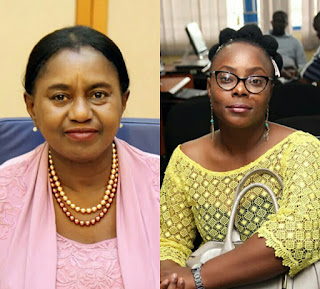 Rivers State Deputy Governor Dr. (Mrs.) Ipalibo Harry Banigo   has advised parents to encourage and support their female children to develop interest in the sciences. The Deputy Governor gave this advice while speaking at the closing Ceremony of a Special Summer Camp organized by the Association of Professional Women Engineers in Nigeria (APWEN) tagged  “Engineering Could Be Fun for Girls”  at the ICT Center of the Rivers State University in Port Harcourt. Represented by her Special Assistant on Social Media Miss Uki Asemota, Dr. Banigo said she believes the girl child when given the necessary support and encouragement can develop her full potentials in the sciences and compete favourably amongst her male peers. The Deputy Governor who said she is passionate about the girl child disclosed that she has set up an initiative called Protect the Girl Child Campaign as part of efforts to encourage the Girl Child. She commended the State Chief Executive, Nyesom Ezenwo Wike for being passionat
Post a comment
Reactions:
Read more

Rivers State Governor , Nyesom Ezenwo Wike has commended the Nigerian Television Authority (NTA) for exhibiting high sense of professionalism, despite the challenge of political interference. Speaking when he granted audience to the Director General of NTA, Mallam Yakubu Ibn Mohammed, Governor Wike said that NTA Port Harcourt Zonal Network Centre has helped in propagating the ideals of his administration. He said that though the NTA has limitations of political control, they have worked within accepted norms in their coverage of events. The governor noted that his administration will always partner with the NTA to ensure the disemination of information on the activities of the state government. He said:  "I commend the NTA for working within acceptable professional standards in their disemination of information. "The Rivers State Government will partner with the NTA to diseminate information on her achievements." Earlier, the Director General of the NTA, Mallam Yakubu Ib
Post a comment
Reactions:
Read more 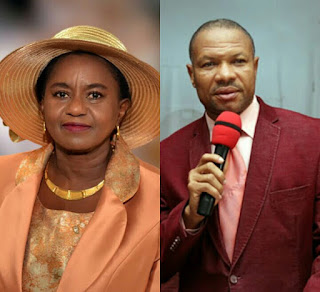 The Deputy Governor of Rivers State Dr. Mrs. Ipalibo Harry Banigo says all hands must be on deck to kick out Drug Abuse in the Society because everybody is at risk of its negative consequences. The Deputy Governor Stated this during a One Day Drug Abuse Awareness Seminar in Port Harcourt. Represented by the Director Administration in the Office of the Deputy Governor, Mr. Ben Roberts the Deputy Governor said Drug Abuse as the name implies is the impulsive or inappropriate use of a mood swinging drug habitually without a physician’s prescription which negatively impacts on the human brain and body. The negative impact of Drug Abuse is capable of destroying not only the individual who indulges in it but the entire society and the nation at large. According to her it is expedient that we mobilize the entire citizenry to synergize the efforts of stake holders to nip this menace in the bud before it gets to the threshold of exponential proportion and becomes a Public Health Emergency. “In t
2 comments
Reactions:
Read more

GOVERNOR WIKE DECRIES POLITICS OF UNDER-DEVELOPMENT BY SOME RIVERS POLITICIANS

Rivers State Governor, Nyesom Ezenwo Wike has decried the politics of under-development being promoted by some politicians from the state, saying that he will remain committed to develop the state despite plots to distract him. Speaking while commissioning the  Rukpokwu --Aluu Road and Rumuokoro Market and Park in Obio/Akpor Local Government Area on Thursday, Governor Wike said Rivers people must take note of those who are bent on frustrating development in the state. The two projects were billed to be commissioned by Acting President Yemi Osinbajo. The Acting President had earlier commissioned two roads before leaving for Abuja. Governor Wike said:  "They are annoyed that our projects are being commissioned. Their anger will not stop us from delivering projects for our people. "We wrote to the Acting President to visit Rivers State to commission a number of projects on the 19th July, 2017. We got a response that due to his crowded schedule that day was not feasible. They gav
Post a comment
Reactions:
Read more
More posts